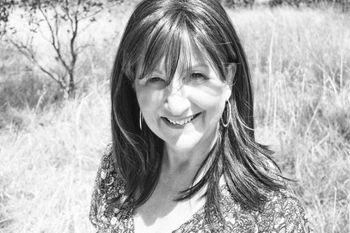 “Brenda is a very gifted and talented songwriter. Her songs were inspired even before the film – a divine preset …. We can use thematic material from those songs and make a very exciting ... action/adventure score that truly reflects the grand nature of Creation.”

Brenda M Lane, an ASCAP Composer, has written over a thousand songs in multi-genre. Some of those compositions were written for award-winning International Recording Artists, (Shine - Lori Glori, went to Number 1 in Europe). She has had the joy of co-writing with Grammy nominated, Platinum/Gold Songwriters and her works have been recorded at famous recording studios in Nashville with very prolific and noted arrangers, orchestrators, and producers.

Asked to be the composer for the film; Heaven the First War, she wrote fifteen pieces for A-List actors (characters) in the Full Feature Animated Film and was able to meet with the Disney/Pixar/Walden Animators and Directors who were a part of this endeavor. She built a music team including composers of A-List films and owners of Los Angeles and Washington's prestigious studios.

In recent news, Jay Dref, Juilliard, classically trained and sought after vocalist by those who have worked with Josh Groban, Shakira, Jason Mraz, Brittany Spears, Avril Lavigne, Christina Aguilera, Celine Dion, Marc Anthony, and Diana Ross, recorded her song Come and Fall Into My Arms and has turned it into an Epic masterpiece! Added note: Jay is now touring with the magnificent Sarah Brightman!

EARLY YEARS. She was raised on the northwest coast of California, later moving to the idyllic region above St. Helena in the Napa Valley, where she earned her first degree as a Bible Instructor. Years later after marriage, three children, and a divorce she would secure her second degree in Engineering Technology (drafting and design). She worked several years designing homes and small businesses in Northern California.

She will tell you that the one distinguishing thing that occurred in her life happened at the age of twenty-two; it was then that she gave her heart to Christ and an extraordinary life began to unfold. She has penned this journey in her first book, Under the Eye – a Composer’s Journey; published by WestBow Press, a division of Thomas Nelson. She reveals in it that at the age of 31 without prior training or experience she would begin to hear and convey this music. God was carrying her through extremely hard times with the kiss of hope in her heart. Several of these songs have incredible stories behind them and have traveled around the globe ministering to many people in numerous countries.